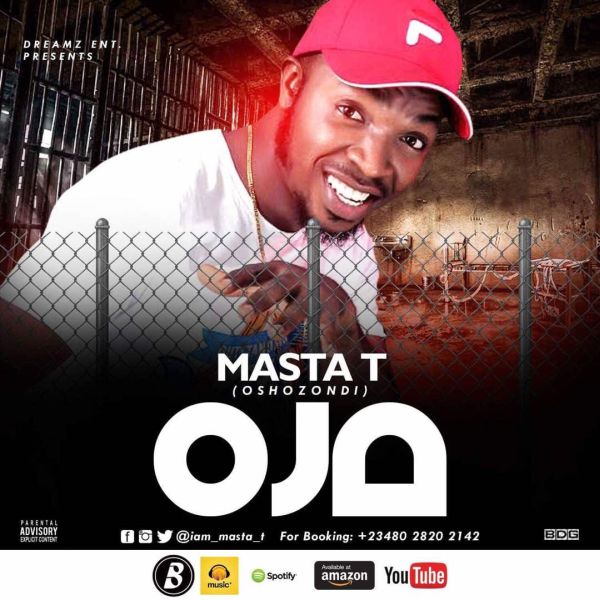 As we start the New Year, Masta T kicks off from where he stopped in 2017… Following the successful release of his featuring hit track “Oshozondi”, with other banging featuring like “Jeje” with DJ Sidez still tearing the airwaves.

Masta T, the fast rising young artiste of Dreamz Entertainment is about to blow your speakers with this potential hit titled “Oja”.

Following the success of his 2017 monster featuring hit “Oshozondi” which enjoyed massive airplay across Radios, streets, clubs and cities, he decided to give a banging track to his fans to thank them for the massive love and support through the years,

After getting positive reviews from critics and music lovers alike, Masta T is an artiste to look out for in 2018.