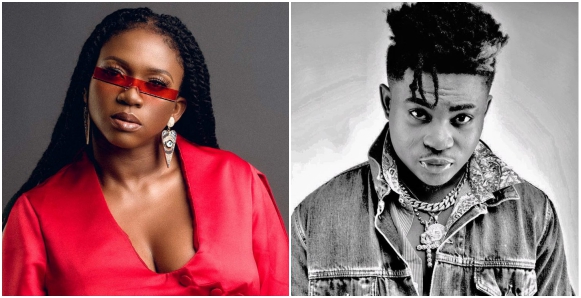 Danny Young has showered praises on fellow singer Waje who recently announced in an interview that she is quiting music because it is not reliable to sustain her needs any longer.

Reacting to the announcement by Waje, Danny Young labeled her a legend with enough talent to remain in the industry for as long as she wants.

“U quit, u no quit, u are a Legend still. Ur Talent no be here and no be today💪🏿 I see things in ur perspective. Bigup✊️”

He also had some harsh words for those who often think quitting music is the end of the world. 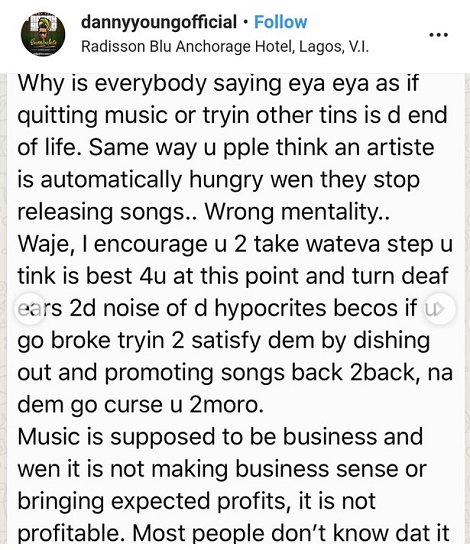 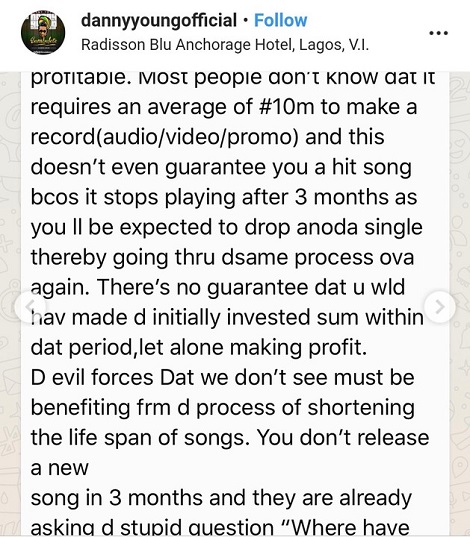 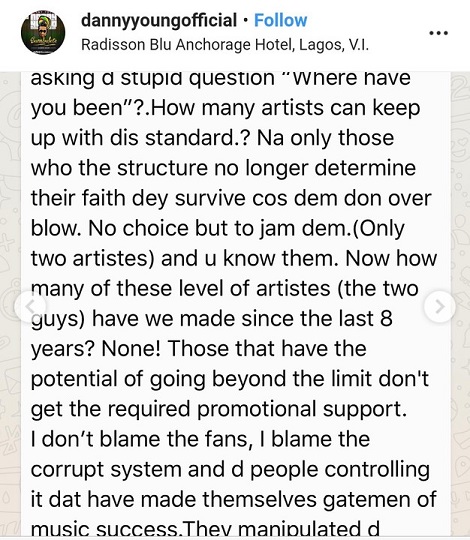 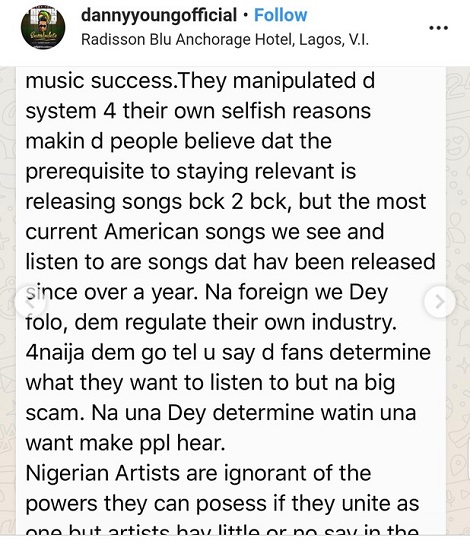 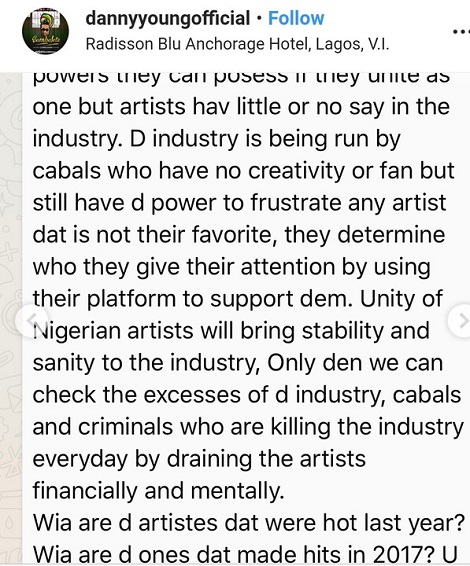 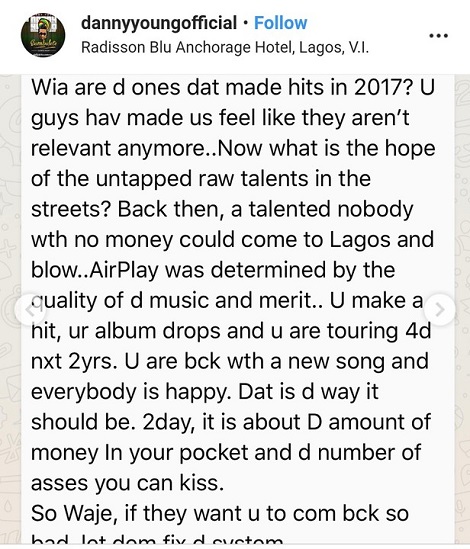 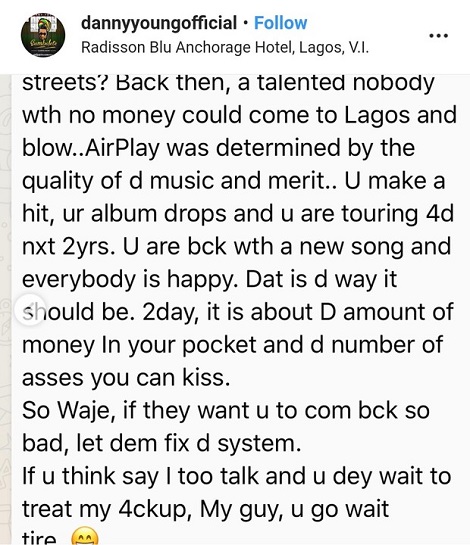