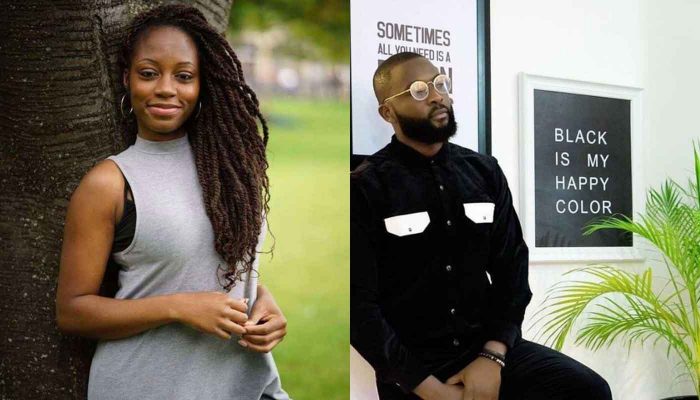 31-year-old Gedoni was evicted alongside Jackye from the ongoing pepper dem edition on Sunday after scoring the lowest votes.

He maintained a cool personality for most of his stay in the Big Brother House but generated much discussion due to his romance with Khafi and the love triangle he struck with Venita.

Although, they both have issues to clarify as Gedoni always fail to defend Khafi whenever issues about Venita are been raised – and same happened on Sunday when questioned by Ebuka.

With a lot of issues not clarified between Khafi and Gedoni, she was captured shedding tears alone at the garden after Gedoni was sent packing.

Khafi has now found comfort with a teddy bear whenever she goes to bed.

Watch the moment Gedoni sent a message below:-