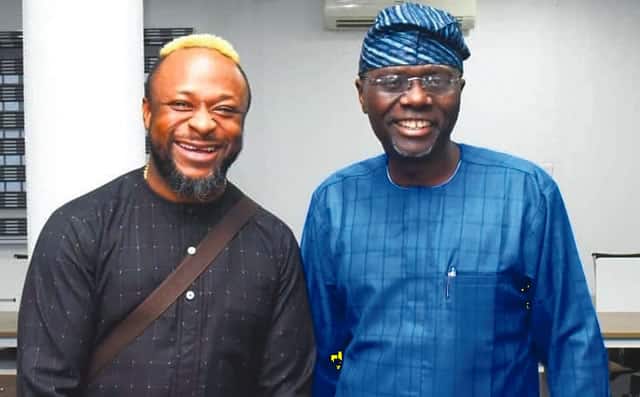 Before the Lagos State governorship election, Tony Tetuila recorded a song for the All Progressives Congress candidate, Babajide Sanwo-Olu. He also shot a video for the song.

While it is not new for musicians to compose songs for politicians, certain people felt Tetuila had collected a huge amount of money from Sanwo-Olu for the initiative.

However, in a chat with Sunday Scoop, Tetuila explained that he didn’t collect money from Sanwo-Olu, who is now the governor-elect of Lagos State.  He said, “I am a member of the APC; so, I did the song as my contribution to the campaign of the incoming governor of Lagos State, Sanwo-Olu. People shouldn’t forget that I am a politician too; I contested the state House of Assembly election in Kwara State in 2015.”

Speaking on why he didn’t contest in the just concluded elections, he said, “I didn’t show any interest in the 2019 elections because I lost so much in 2015. The present administration promised me an appointment but they didn’t fulfill it; so, I felt I should just focus on my music.

“Although I have yet to recover the money I lost in 2015; in politics, you must be ready to sacrifice before venturing into it. This time round, I wasn’t ready to face the challenges of politics.”

He, however, said he wouldn’t mind working with the Kwara State Governor-elect, AbdulRahman AbdulRazaq. Tetuila stated, “For the development of Kwara, I have a lot to offer. As an entertainer, I can help groom talents and develop the tourism/entertainment sector of the state. There is no doubt that entertainment can be used to boost the image of Kwara, which has not been done before.”

HOOKUP GONE WRONG!!! See What Speed Darlington Did To The Runs Girls Trying to Use…