If S.A Comedian, Trevor Noah Insults Nigeria On A World Comedy Stage, Which Nigerian Comedian Can Revenge For Us? 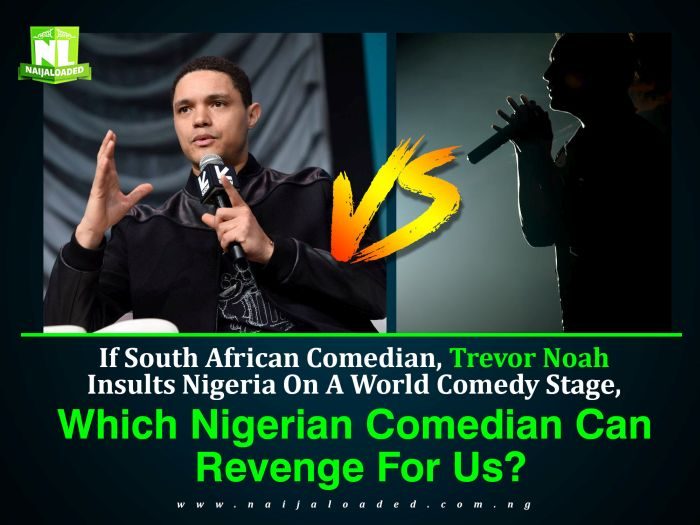 Trevor Noah is a South African comedian, so talented that he can be on stage for over an hour cracking spot on jokes to make people laugh.

Apart from the fact that he has his own International comedy TV shows, he has hosted comedy shows and performed in many comedy stages worldwide.

Like most comedians, Trevor Noah is known for throwing shades and banter in his comedy shows with global audience.

Few times he has made jokes about Nigeria and Nigerians as a whole, just imagine you’re to pick one Nigerian comedian to revenge for us immediately on a World Comedy stage after Trevor Noah insults Nigeria.

Which Nigerian Comedian Do You Think Can Revenge For Us Well?

We would love to hear from you

If Eminem Insults Nigerians With A Rap Song, Which Nigerian Rapper Can Revenge For Us?