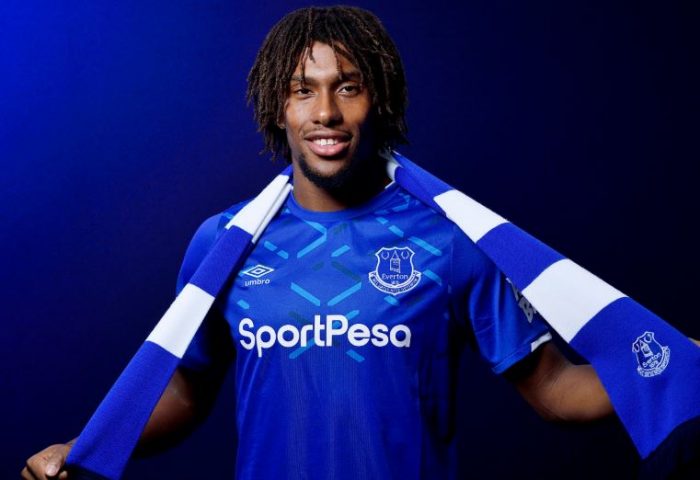 Now we know the songs that get the Everton player pumped!

Since his record-breaking move to Everton, Alex Iwobi has scored two goals in two matches, and it seems the secret to his drive might just be the songs he’s jamming on Spotify.

He recently shared his mixtape on the platform, and Wizkid’s “Don’t Dull” made the cut.

Given that it was released almost a decade ago, it might seem like the Samklef-produced banger had long since run its course, but there’s certainly no doubt that it’s still a jam.

So, it’s not surprising that it’s one of the songs that help Iwobi get pumped up ahead of games.

The song is joined by a rather eclectic collection of tracks, including Drake’s “Shot For Me”, Rick Ross’ “Hustlin’” and Hannah Montana’s “Rock Star”.

We are also guessing “Don’t Dull” mad the cut because both stars teamed up to sample Nike’s Nigeria World Cup kit last year.