"Thank You For Marrying Many Wives' – Filmmaker, Kunle Afolayan Pens Down Tribute To Late Dad 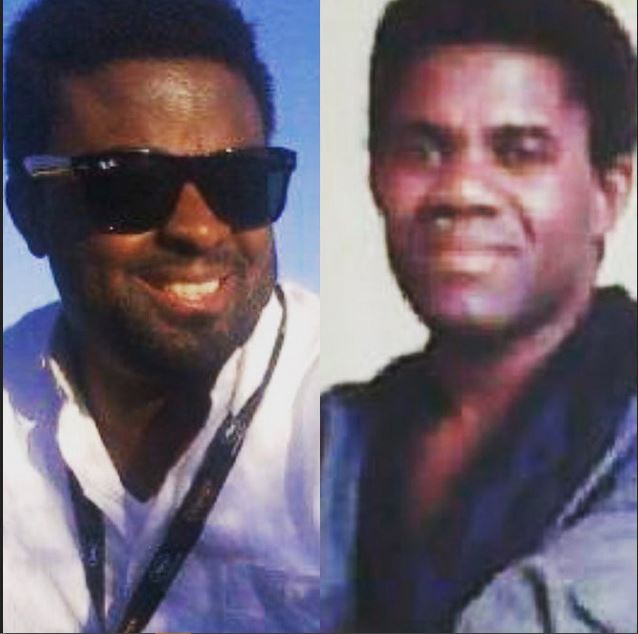 Popular Nigerian filmmaker, Kunle Afolayan has penned down a tribute to his father Adeyemi Josiah Akano Afolayan who died in 1996.

Kunle who shared a collage of him and his father, thanked him for marrying many wives as it made it possible for him to be called his son.

“I miss you, Baba mi, but thank you for marrying many wives because I would not have been privileged to be called your Son. I know he was finer so…dont rub it in ADEYEMI JOSIAH AKANO AFOLAYAN (1940-1996)” 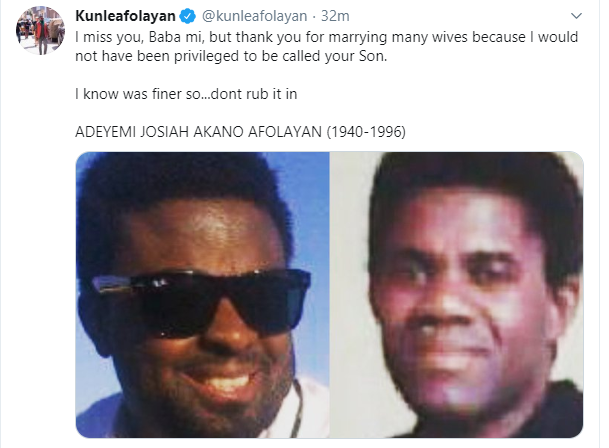