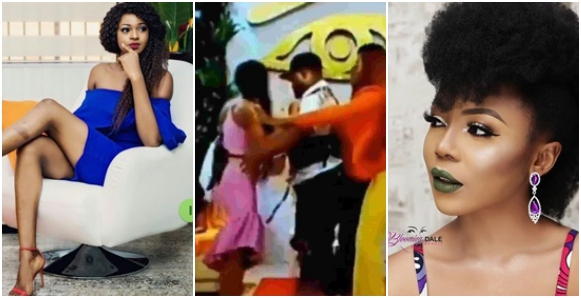 Ahneeka had accused Ifu of sabotaging her efforts to make money and while she was baring her mind, Ifu Ennada interrupted her asking if she has anything doing she could steal from her.

The interruptions led into a more heated argument and the 2 of the ex-housemates stood from their seats while making efforts to get closer to each other and get physical.

It took the intervention of the other ladies as well as the host Ebuka to stop them from beating each other.

Ahneeka would have beaten Ifu Ennada’s lying tongue! You make 5 million naira daily yet you are wearing shoe 👠 of 800 naira #DoubleWahalaReloaded #BBNaija pic.twitter.com/4z6BjY6ZvG