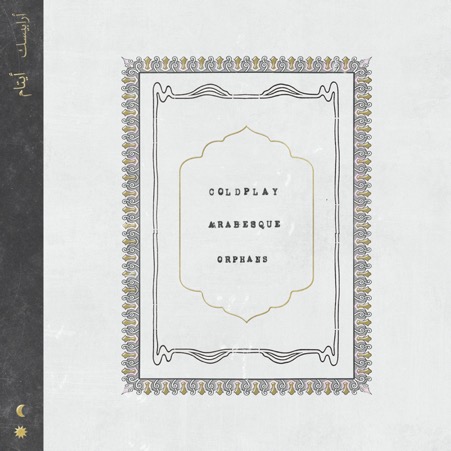 After the announcement of the global release of their eighth album, Everyday Life, Two songs from the album, Orphans and Arabesque, have been played as a double Hottest Record In The World on BBC Radio 1.

Both tracks were produced by The Dream Team. Arabesque features vocals from Stromae and horns by Femi Kuti and his band.

The album’s cover image is based around a 1919 photo of guitarist Jonny Buckland’s great grandfather’s band.